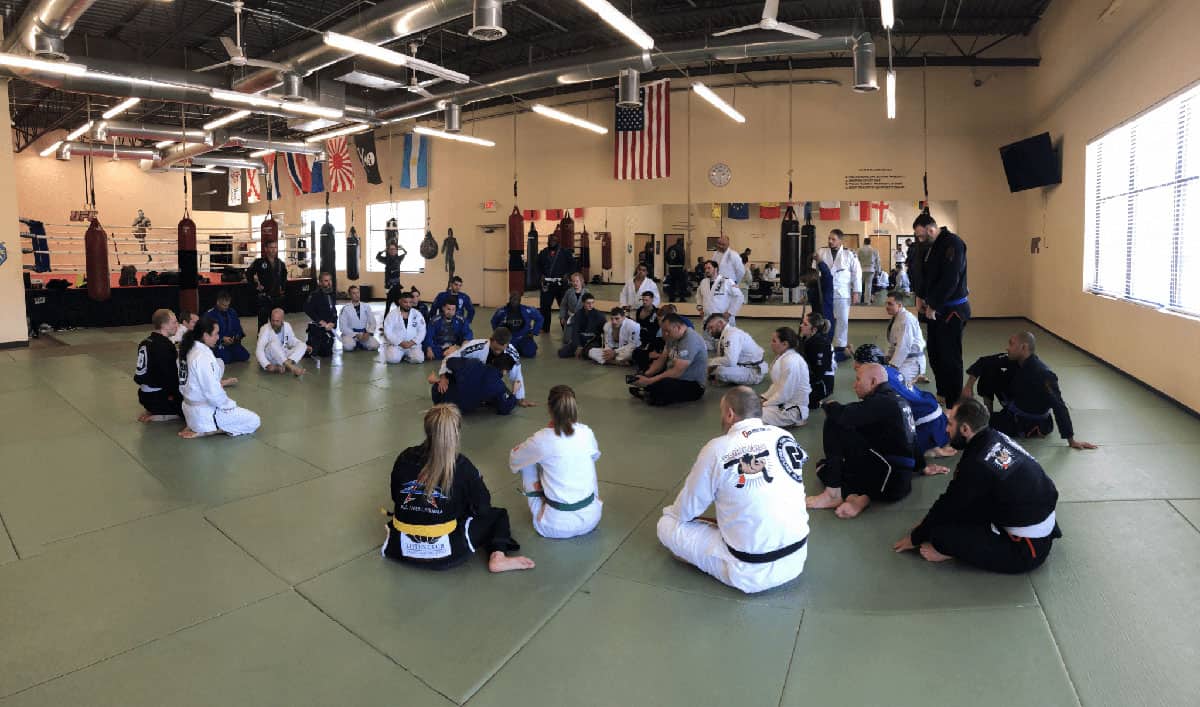 Last weekend, CTA-Irving had the amazing honor to host Professor Caio Terra for a three hour seminar!  Following a brief introduction and welcome to all of the visiting students from other academies, Professor began to teach an incredible Half Guard series of sweeps and back-takes.  In a way that only he can, Professor Caio taught with exact detail and precision, working in occasional jokes about his adoration for McDonald’s and American Crew pomade.

Professor Collin was awarded a stripe by Professor Caio as well, promoting him to 2nd Degree Black Belt – a rank achieved that marks six years ranked as a Black Belt in BJJ.

Five Blue Belts were then awarded to some very exceptional gentlemen.  Although it is the first belt achieved after being a White Belt, it is often the most difficult to achieve as well.  There is a lot to be said for someone who is able to admit they know nothing and is open to learning new information.  These men have done just that…learned and applied, struggled and triumphed.  As a result, CTA-Irving is proud to recognize the following Blue Belts:

In closing, thank you to Professors Caio Terra, Nick Haloski, Mark Stites, Chris Nelson and Nathan Hallford.  A chaotic weekend was calmed and pulled off thanks to your efforts!  We are CTA!