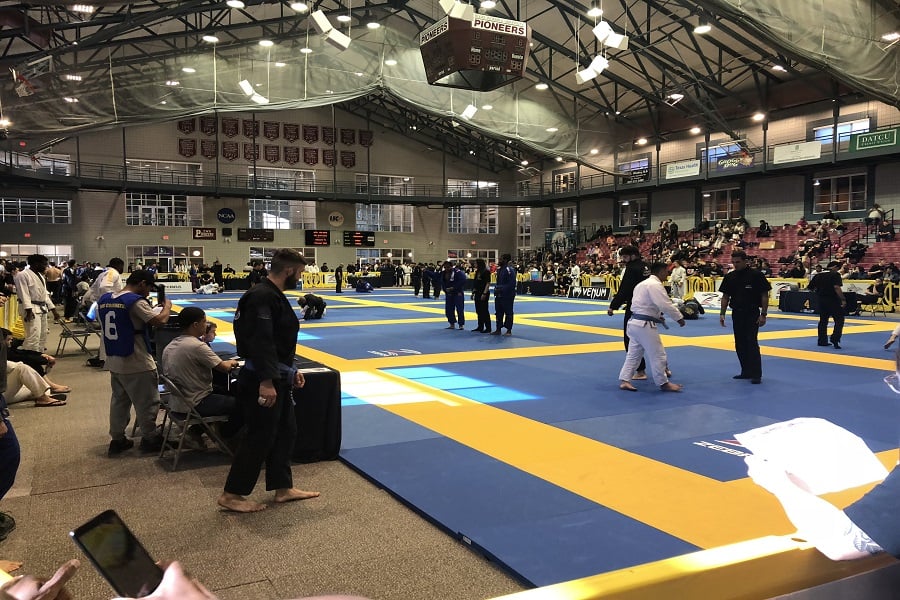 This past weekend, CTA-Irving students Ross Freeman, Troy Mercer and Brett Webster all stepped up and put their skills to the test at the 2018 Dallas Spring Open!  These three men have worked incredibly hard and it was an honor to be in their corners.

Ross returned to competition after a bit of a layoff and despite an early exit, he took with him the attitude that creates champions.  He left motivated and determined.  I can’t wait to see him return to the gym, set new goals and hunt them down – this summer will be full of great things for him no doubt.

Troy had a tough opponent in the first round as well, facing a competitor that had bested him once before.  Using that as both motivation and a learning experience, he was able to win a hard-fought match with both patience and experience.  He followed that with a quick submission victory in the Semi-Finals before getting stopped short of his Gold Medal goal in the Final, but he is already looking forward to the next opportunity to reach the top of the podium.

On Sunday, Brett Webster jumped into a HUGE division and made it to the third round.  It was without a doubt the best I’ve ever seen him “compete” – no risky movements, calculated decisions, and strategic jiu-jitsu from beginning to end.  After two decisive victories via points, he had another tough match that went the distance before falling via points himself.  Our most consistent student, Brett took the loss as a lesson and is ready to regroup, refocus and keep pushing onto the next one!

Although these three were the only ones who set foot on the mats this weekend, they fought with our entire team’s heart and soul.  Today’s lessons are tomorrow’s victories – we are CTA!

At Caio Terra Academy, Irving, Texas, we have a program for everyone.  We offer a FREE 3 DAY, NO OBLIGATION, TRIAL! Sign up today and let your journey begin!